Although best known for his indigo artisanship, Aboubakar Fofana has many other 'strings to his bow'. At one of his workshops here in my studio in the Dandenongs, in February this year, he introduced me to the innate beauty of weld. 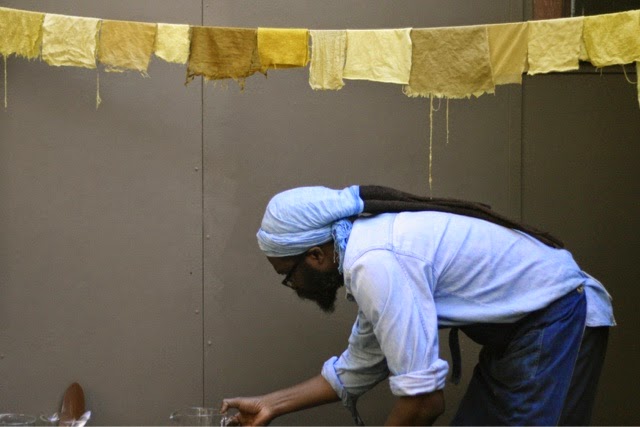 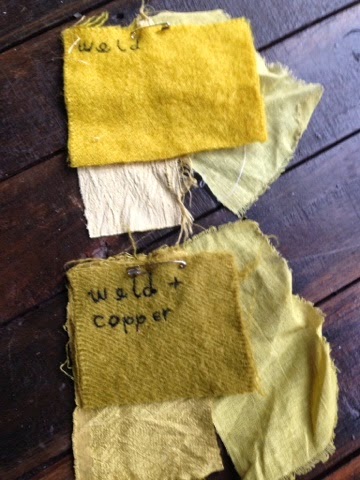 This is an ancient dye plant, commonly used from the Middle Ages onwards. It is a biennial and grows up to 2 metres in height. The long spikes with small pale yellow flowers start appearing in early Summer and attract bees and other insects. When you are brewing weld to make dye, it exudes a honeyish aroma which tickles your olfactory sense. At that moment, you ARE a bee!

Weld also has some myths attached to it....
The dye was used to colour the robes of the Vestal Virgins in Roman times, although all depictions I have found, show the virgins in white.
The dye was used with woad to produce Lincoln Green, the colour of the clothes worn by Robin Hood and his band of men, although there is no historical data linking green cloth to that area.
Nice little ditties though! 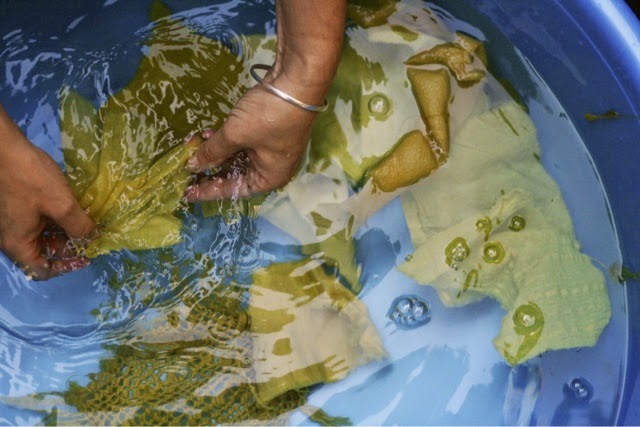 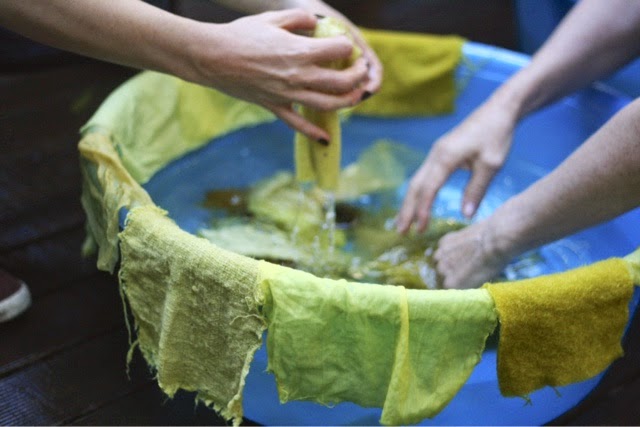 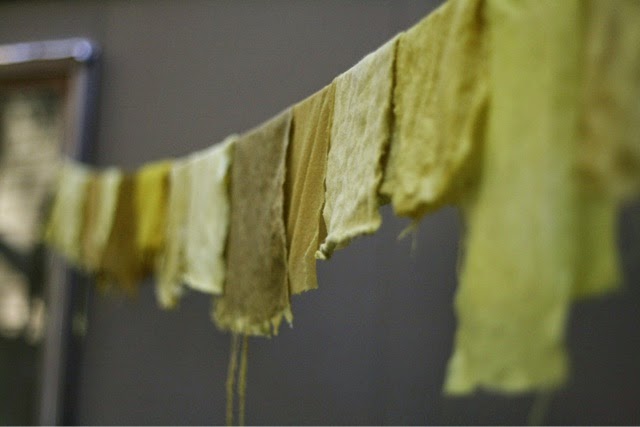 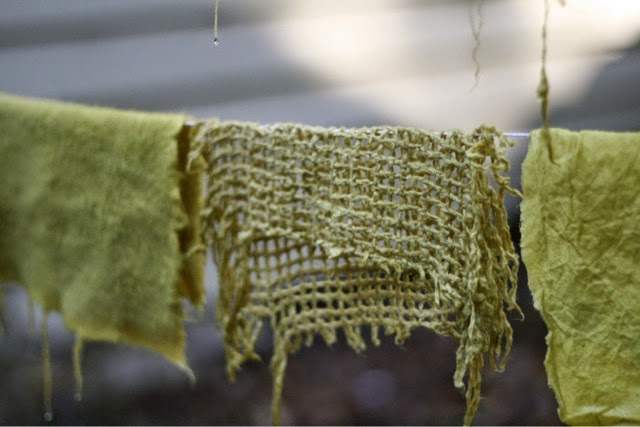 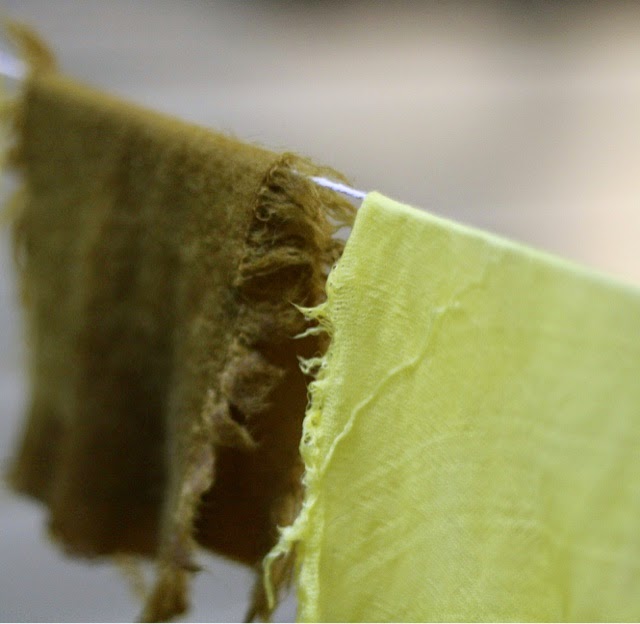 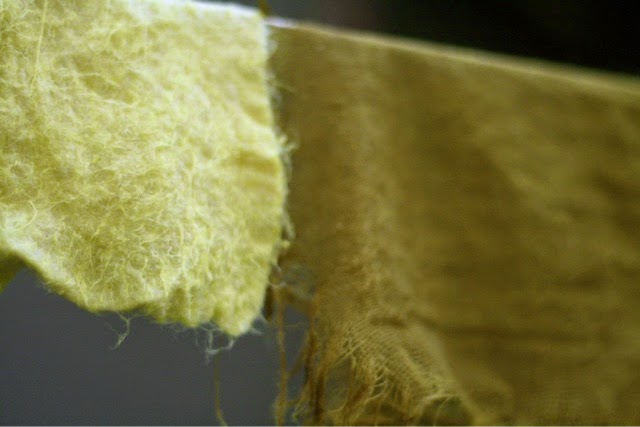 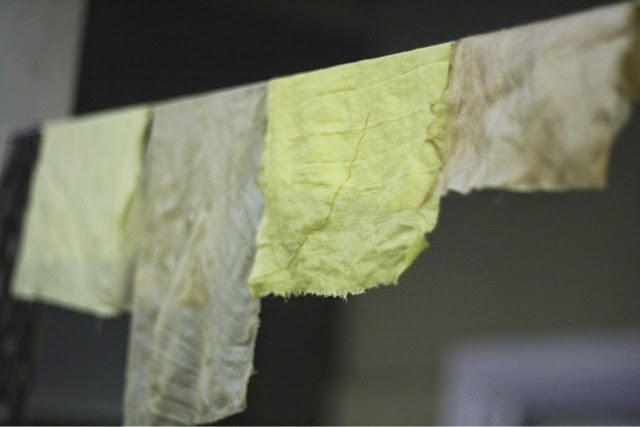 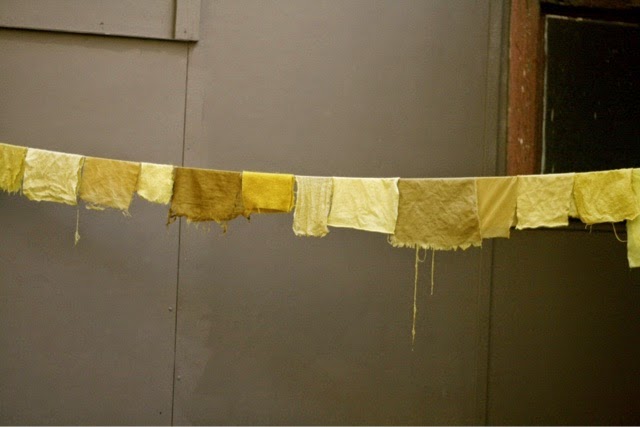 (my gratitude to Jen Angel for capturing the moments, as only she can)

Not bad for a days work. Aboubakar will be returning to Melbourne and Sydney mid May 2015 to run more workshops.
If these photos have piqued your interest, you can contact his agent Johanna MacNaughtan for more details at johanna.macnaughtan@gmail.com
Posted by Jude Craig at 7:27 PM